Posted on July 29, 2018 by lifewithclottedcream 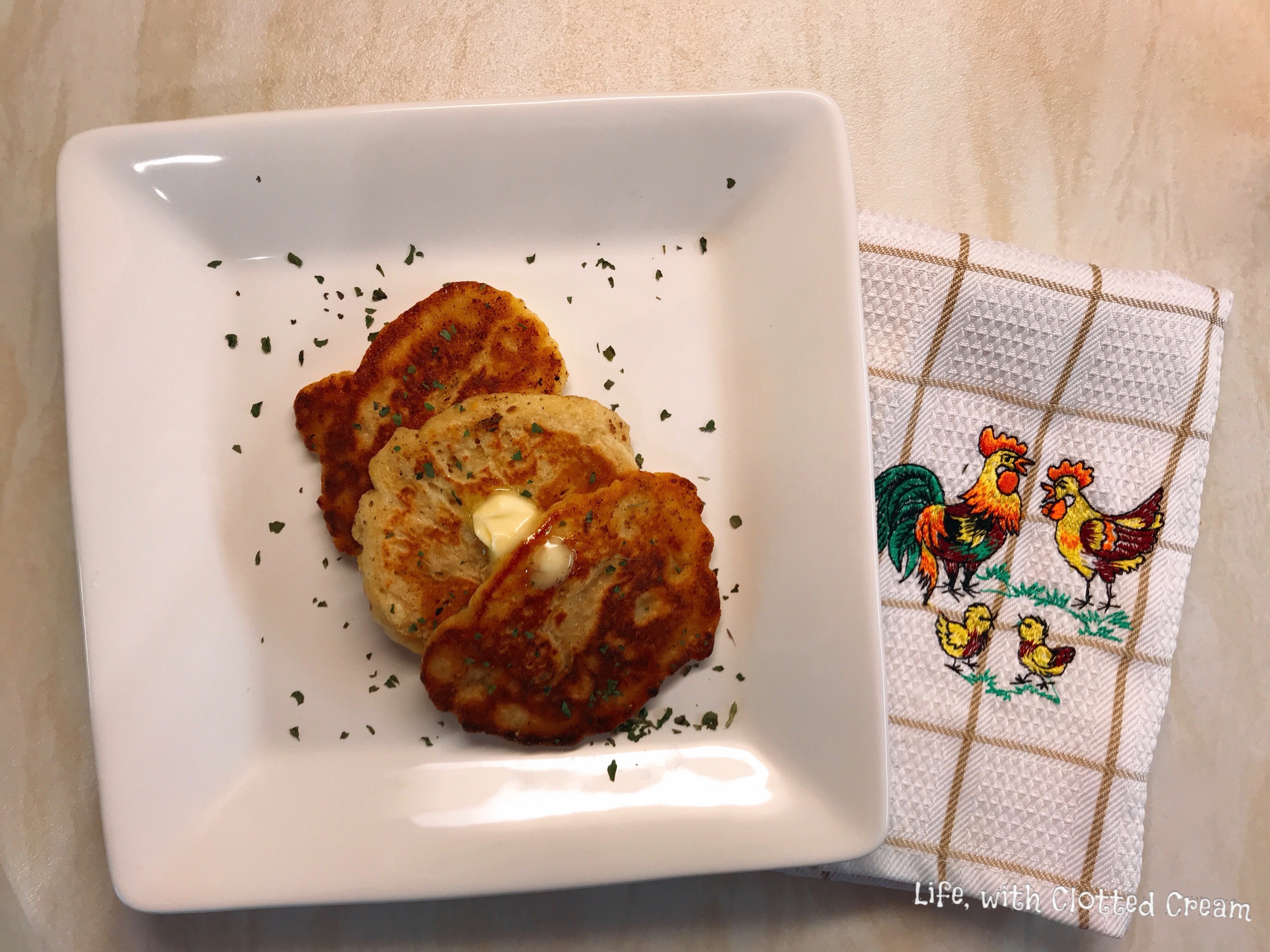 Growing up my mother always woke up super early.  Even on a Saturday.  Some Saturdays we were lucky enough to be spoilt with these little sweetcorn fritters for breakfast.  Mieliekoekies!

I can still hear the sizzle of the pan as she gently dropped the batter  spoon by spoon into the shallow oil.  I can still smell the dense sweetness that fills the air richly as the batter starts to bubble.  As they turned a multitude of hues ranging from gold to dark brown they get a sprinkle of salt before we were allowed to eagerly stuff our faces with the little bites of corny clouds.

Today was the day that I needed to hear that sizzle again; to smell the dense sweetness as it fills the air in my kitchen.  Today I felt like having some fritters for breakfast.

Now it did not come without its difficulties, I’ll let you know!  The original recipe calls for self-raising flour.  Thats great since I’ve got two kilos of the stuff, only with a slight problem though; it was crawling with weevils!  That meant that before I could even think of starting with breakfast I had to deal with the bug infestation first – ugh!

Ok, so I found some plain flour and added baking powder to it – disaster adverted!

1.  Separate the egg, taking care not to break the yolk.

3.  Gently beat the egg yolk and mix with the tin of sweetcorn

4.  Gradually mix the flour into the eggy sweetcorn.

5.  Fold the egg whites into the sweetcorn mixture until well-combined but take care to  not knock the air out as this will help keep them fluffy.

6.  Heat oil (enough for shallow frying +/- 1cm deep) in a pan until it starts to sizzle when you drop a tiny bit of the batter in.

7.  Drop spoonfuls of batter into the hot shallow oil and fry until brown on both sides.

8.  Season once it comes off the heat and tuck in!

Which food brings back memories for you?

For some more breakfast recipes, read:

Perfectly poached egg with salami and tomato on toast