Posted on June 14, 2020 by lifewithclottedcream 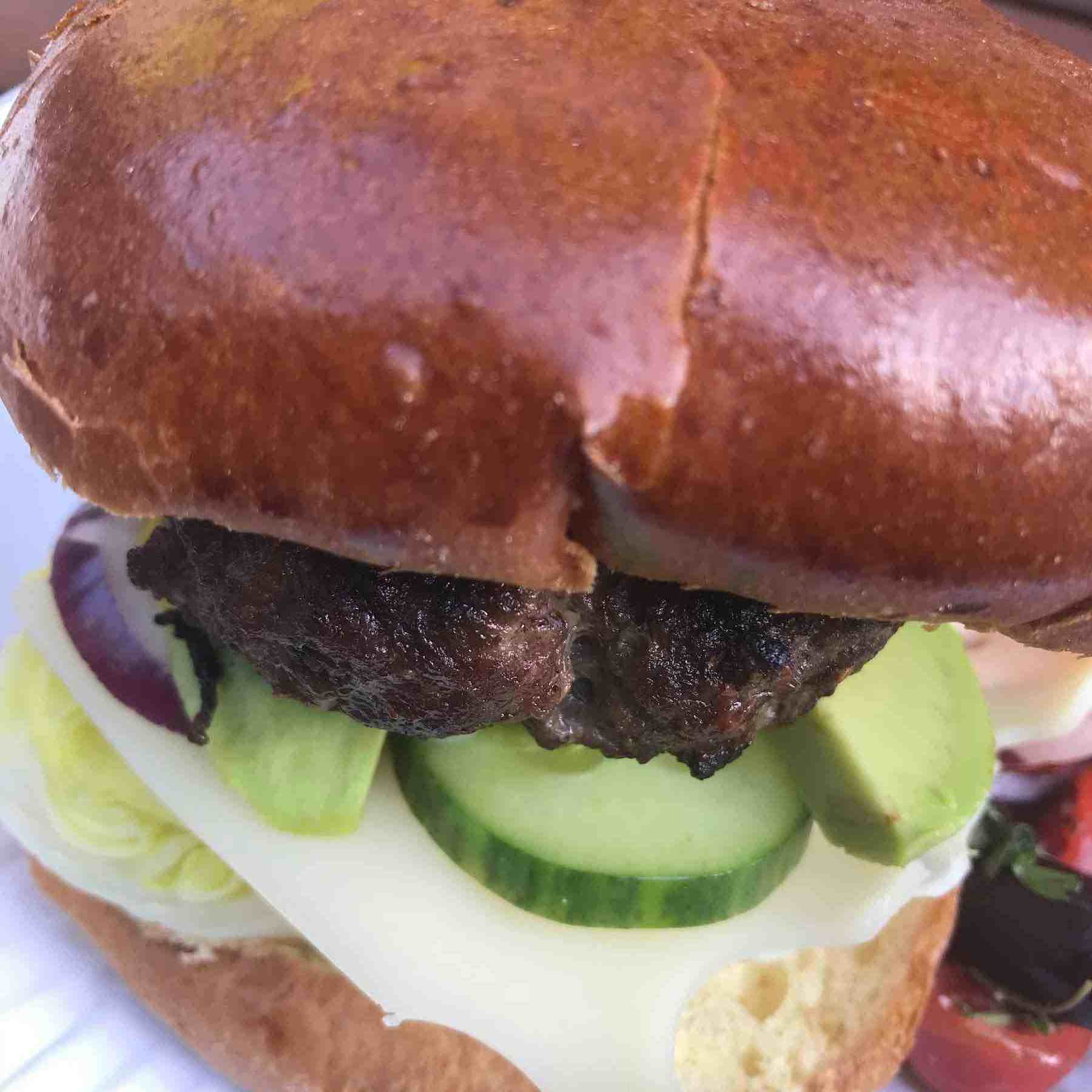 Summer in the UK has arrived! And with that so has BBQ season which means eating al fresco is at the order of the day.

One of the most recognised South African foods is biltong. No matter where in the world you may go, there is always one person that is familiar with the meaty beef sticks that is so popular to the good people of South Africa.

As I was developing this recipe my hubby wafted in and out of the kitchen to grab a quick drink of water when he remarked excitedly: ‘Why do I smell biltong? Did you get me biltong?’

I had to disappoint him slightly that I wasn’t making actual biltong, but beef burger patties infused with biltong spices. These patties were such success that he asked me to make them again!

Early South Africans have brought over the skill of preserving meat all the way from Europe. In 1835 my ancestors trekked their way over the mighty Drakensberg to move away from British Colonists in order to establish their own land. This Great Trek (that lasted until 1846) required the people to be self-sufficient and resourceful. This meant that it wasn’t enough to just preserve meat in salt, but it also needed to be dried since the South African sun is hot and harsh and fresh meat will decay very quickly if it cannot be kept cold.

Oxen was needed to pull the wagons and livestock took a long time to rear, however, in winter time game was easy to get and this is where biltong originated. By hanging the pieces of meat on the wagon in the chilly wintery days, it dried quickly and provided enough meat to last well into the summer months.

The most common ingredients in traditional modern day biltong recipe is:

This is also what I have been using for the most part of this recipe, however, I’ve made a few additions, because, well why not!

When handling raw meat the first thing you should ideally do is to get everything ready:

The reason why I do this is because it is a bit of a faff to keep washing my hands before taking something out of the cupboard.

Put everything into a glass bowl and with clean hands squish the meat together over and over until it is all combined. Now measure out balls of approximately 125 grams each. The reason why I like to measure out the meat is to ensure all the portions are the same size which, in turn, ensures an even cook throughout.

Once you’ve measured out your meat, the forming is easy.

I like to cook my burgers as part of a spread outside on the fire. Ensure that the grid is very hot before you put the meat on, otherwise it may stick.

You can also cook this inside on a griddle pan by heating a pan on high heat before placing the burgers on. Leave it alone for at least four-five minutes before checking if it has been browned. Turn it over and cook for another five minutes or until your desired doneness.

Serve as you desire, but I like to keep it simple by putting the burger into a (sometimes) toasted brioche bun along with some Emmental cheese, lettuce, red onion rings, gherkins and grilled flat mushrooms. Give it a squirt of ketchup, a smear of mustard or even the much sought-after pink sauce from South Africa’s Spur Restaurants and you’re good to go! If you are feeling very adventurous you can even pile a tablespoon or two of coleslaw onto your burger. 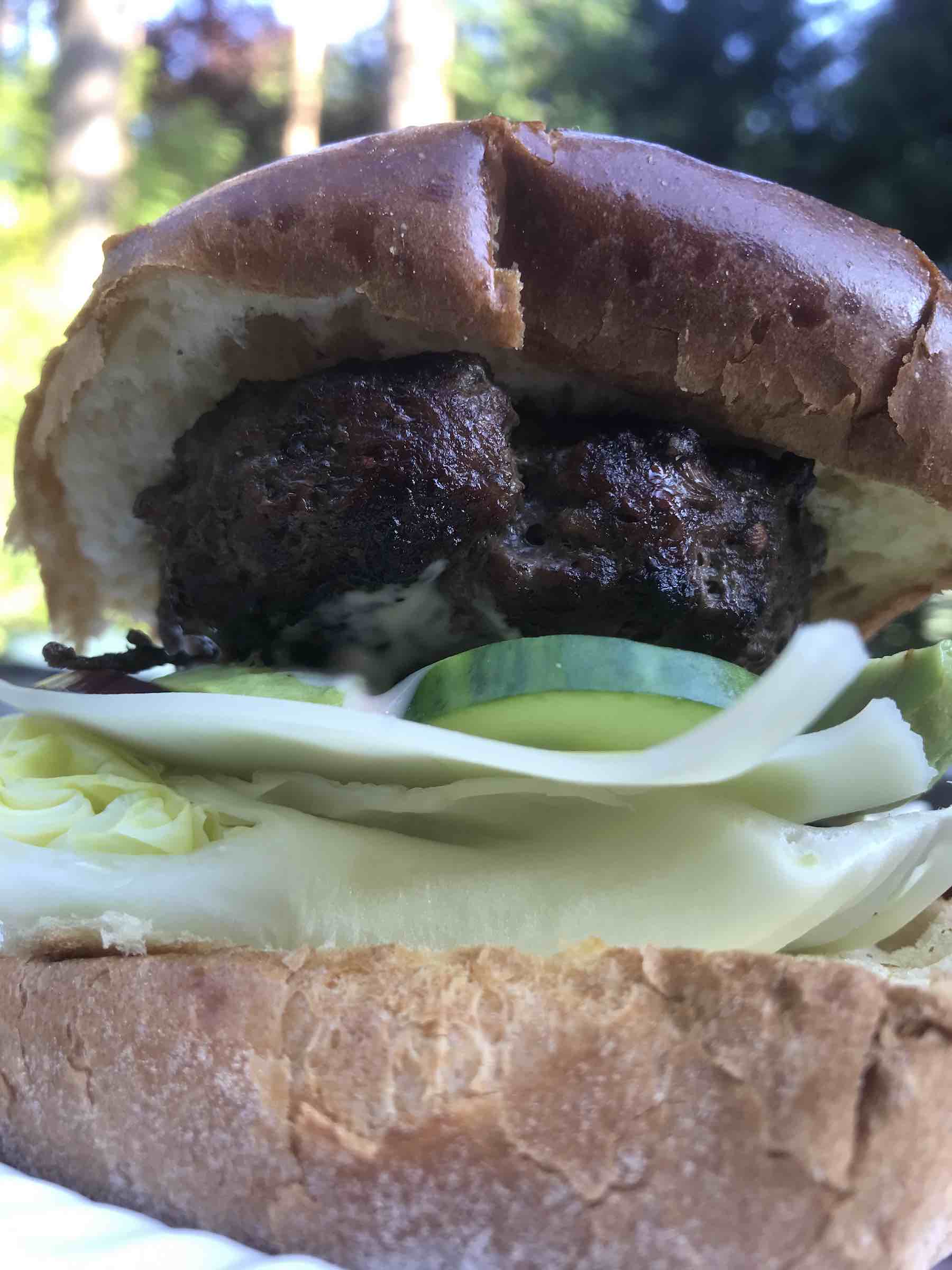