Posted on July 29, 2019 by lifewithclottedcream 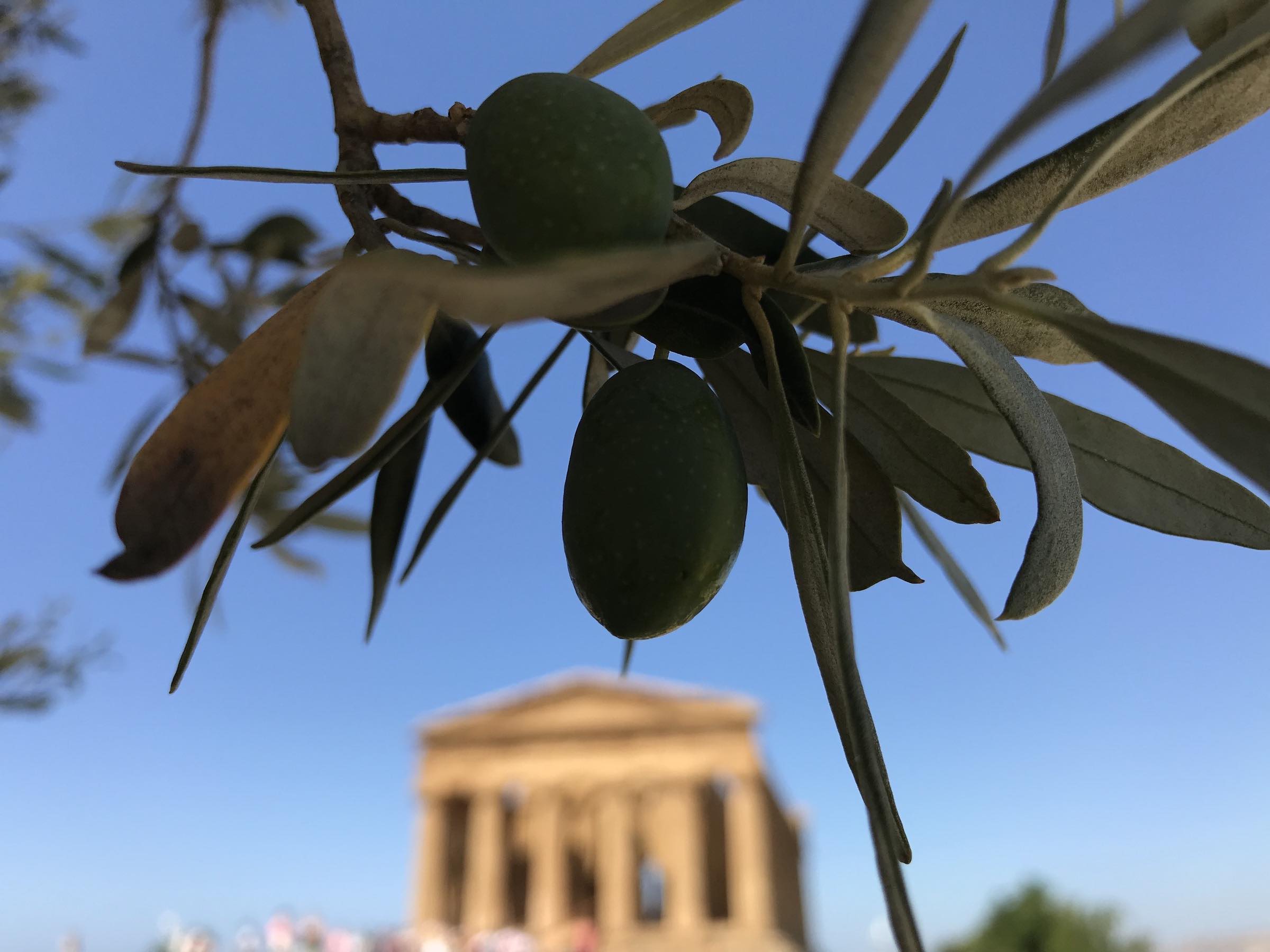 A couple of weeks ago I was privileged enough to join a fantastic group of colleagues and students on a trip to Sicily.

We started our 6 day adventure on the foot of Mount Etna and as the time progressed we slowly made our way towards Agrigento and finally stopping in Palermo before our flight back to the UK.

Here are some of the highlights of our fleeting visit:

In Siculiana is the Castello Chiaramonte; a beautiful castle that overlooks the Siculiana landscape. This charming castle originally had been an ancient Arab castle until it was rebuilt by Frederico Chiaramonte. In 1311 Frederico’s only daughter, Constanza, got married here and ever since it has been a place of celebration.

This was probably one of my favourite parts of the trip. One our second to last morning we headed out as early as we could. Not quite at the crack of dawn, but pretty close. We not only wanted to beat the heat, but also the crowds as we headed towards the Valley of the Temples. Or as the Italians say: Valle dei Templi.

The Valley of the Temples (not in a valley at all as it is on a hill!) is apparently one of the best preserved archeological sites involving ancient Greek temples. This also includes those in Greece itself.

We listened intently to the history at Hera’s Temple. We immersed ourselves into the story of the Goddess of Marriage and Family. Suddenly the couple next to our group embraced each other before we realised that the guy proposed and she said yes! It was so exciting as it was literally the most romantic spot and very apt. It was clear that she didn’t expect the proposal, but they were definitely happy.

We moved from temple to temple, listening intently to our very animated guide. We finally came to the Temple of Concordia and here, as a Maths teacher, I learnt how extraordinary the Greeks were when it came to Mathematics: Not only did they build their temples with strength and practicality in mind, they also thought of the aesthetics. They realised that our eyes are curved and if they were to build something with straight lines our eyes will make it appear as if the structure is curved, so they build the floor at a slight pitch towards the middle and each column is built 2.5 degrees further out than the previous. We now see the building with a straight floor and parallel columns. Extraordinary, isn’t it?!

I would very much love to go back to this beautiful city. As the Capital of Sicily, Palermo not only has a rich history, but is also oozing with culture. We literally only had an hour to walk around this picturesque city before we had to depart for the airport, but it was truly worth the visit.

One of the memorable historic tales is that of Giovanni Falcone and Paolo Borsellino. Both were judges (and friends) that tried to overthrow the Sicilian Mafia. The Mafia responded by assassinating Giovanni Falcone in the most dramatic way possible – blowing up the highway on which he travelled. Paolo Borsellino was assassinated 57 days later in a carbomb near his mother’s home. If your are on your way to or from the airport and you are travelling on Highway A29, you will see the memorials on either side of the road commemorating those that have lost their lives. You’ll also notice that the airport in Palermo has been named after these two judges.

Explore the world with me!

5 Comments on “Sicily: A fleeting visit”